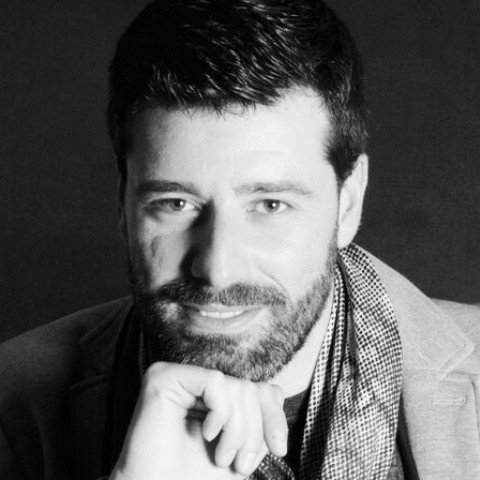 
Pedro Martín Cedillo holds BA in Drama from the Madrid campus of the University of Kent (2002-06) and an MA in Drama from the King Juan Carlos University, Fuenlabrada (2006-07). He worked as an actor with Tantai Teatro (2006-2007) and Ñu Teatro (2007-09) before founding Zas-Boing Teatro in 2009 with Maruja Esperante and Inés Alonso. Highlights from his work for Zas-Boing as a writer, actor and director include The Cemetery of Forgotten Books (El cementerio de los libros olvidados, aimed at encouraging very young children to read) and The Phoenix of the Wits (El fénix de los ingenious, aimed at bringing the character of Lope de Vega to today’s young audiences). He has also worked on various audiovisual projects, writing the scripts for the short films Inverted Pink Triangle (Triángulo rosa invertio, by Jesús Sanz Sebastián) and Puras (Pure, by Raquel Garren) and the online series Distracted by Beauty (De belleza distraída, by Yolanda Altabert). In recent years he has focussed on training as a writer, attending courses with Elena Belmote (Writing for the Stage, 2011, escueladeescritores.org), Laila Ripoll (Playwriting, 2011-13, the William Layton workshop), and José Ramón Fernández (Playwriting, 2013-14, the William Layton workshop). He has taken part in playwriting workshops and courses with authors such as Rodolf Sirera, Alberto Macías, Alberto Conejero and María Velasco. After taking part in the Creador.es events in Valencia in 2013 (with Matías Feldman) and 2014 (with Alejandro Tantanian), his text Self Service was selected for publication by Episkenion publishing. His play The Valley of the Prisoners (El valle de los cautivos) was staged in 2014-15 by Laberinto Teatro, under the direction of Francisco Vidal, and was selected for publication from the Spanish society of authors (SGAE) second Autor Exprés playtexts competition. Both The Valley of the Prisoners and his latest work The Garden of Eden (El jardín del Edén), directed by Pedro Chamizo, are finalis

This website uses cookies to improve your experience while you navigate through the website. Out of these, the cookies that are categorized as necessary are stored on your browser as they are essential for the working of basic functionalities of the website. We also use third-party cookies that help us analyze and understand how you use this website. These cookies will be stored in your browser only with your consent. You also have the option to opt-out of these cookies. But opting out of some of these cookies may affect your browsing experience.
Necesarias Siempre activado

Any cookies that may not be particularly necessary for the website to function and is used specifically to collect user personal data via analytics, ads, other embedded contents are termed as non-necessary cookies. It is mandatory to procure user consent prior to running these cookies on your website.